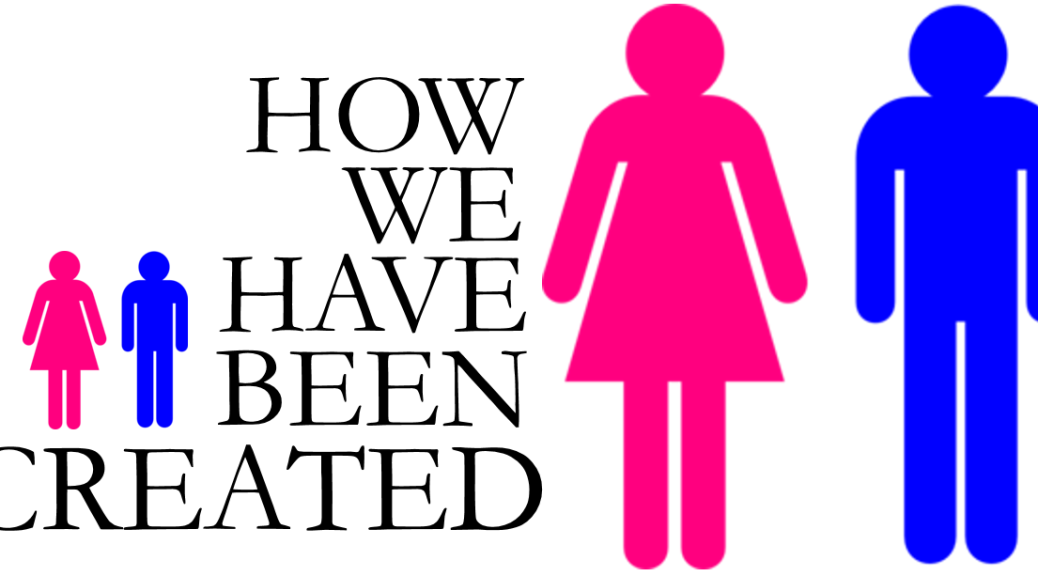 Created Equal in Personhood and Importance

Just from this, we can easily see how crucial this doctrine is, but there is also another significant aspect of the doctrine of man as created male and female. And that is understanding that both male and female are equal in their importance and value, though they are distinct persons. Both sexes have equal worth before God for all eternity. While there are clear distinctions between male and female, including their different roles and responsibilities, it is obvious that both are equally important and equally valuable to God for He created them both.

It is bizarre to imagine any other kind of society, where God’s created order is only men or only women, or where men rule over women as kings or where women rule over men as kings. Grudem comments concerning this, “If we lived in a society consisting of only Christian men or a society consisting of only Christian women, we would not gain as full a picture of the character of God as when we see both godly men and godly women in their complementary differences together reflecting the beauty of God’s character.”[1] The Bible is very clear that both women and men can serve the Lord and reflect His glory and character together as one equal in value and importance in God’s sight.

Accordingly, Paul rightly states, “There is neither Jew nor Greek, there is neither slave nor free, there is no male and female, for you are all one in Christ Jesus” (Gal. 3:28). The Spirit of God was poured out at Pentecost on both “sons and daughters” (Acts 2:17). Not to mention the abundance of characters in the Bible who were both men and women that were in God’s covenant family, followed Christ, and served the church. Take Sarah for example, or Rahab, Ruth, Hannah, Esther, Mary, Martha, or Aquila and Priscilla. Anyone who claims that the Bible is demeaning to women has never read it! So just as the members of the Trinity are equal in their importance, so men and women have been created in the image of God to be equal in personhood and importance.

Men and women should be treated with equality both in society, the church, and the family. While men and women have clearly distinct roles, there should always be equal rights among men and women, so long as those rights do not contradict the clear differences in responsibilities held by men and women. Many societies, particularly in the Middle Eastern world, are culturally demeaning to women, and it should be recognized that this is unbiblical. Additionally, in the church and family men and women should be viewed as equally valuable, though they have clearly different roles. The church should always recognize this and minister to both men and women, having ministry emphases on both sexes, and even ministry emphases on those two sexes together.